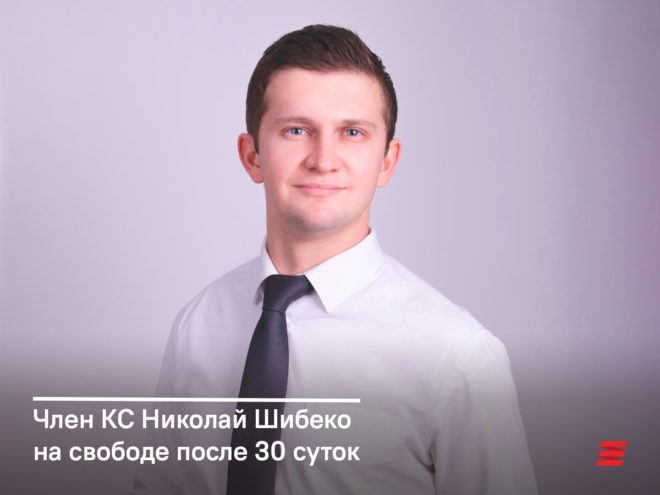 “In the cells, people are determined to continue to fight, because every day you see such incidents that should not occur in a normal European country. When detained, they do everything to humiliate honor and dignity. The first 5 days he was in the same cell with Nikolai Kozlov on Okrestina Street. There were 27 of us in the 8-bed cell. They were brutally treated: night and day checks up to 5 times a day, lack of bedding, parcels did not come, homeless people were put in. We had no walks and no opportunity to wash.”- a member of the Coordination Council Nikolai Shibeko, after 30 days in prison, spoke about the conditions of detention and further struggle.

Other quotes from Nikolai:

“On April 9, I was transferred to Zhodino. There we also slept on the floor, where cockroaches and lice were running, on bare tiles without any bedding.”

“Books and a pen were given out for 30 minutes a day.”

“The parcels did not arrive in full. Instead of fruit, they could throw half a cabbage.”

“During the check, people were driven out onto the corridor, faced the wall, forced to stand with their arms raised and legs apart. They beat me on the back, sides, legs if they thought that we were standing incorrectly.”

“For a person with epilepsy, they could not, or did not want, to find pills in the parcels for two days.”

“After the detainment I want to rest for a week and go out into nature.”

“They were released in Zhodino, like everyone else. I was met by my relatives and friends.”

“All the dishes in prisons are covered with the words “Long Live Belarus!”.