A sure way to mobilize by spring. About forcing workers to sign a complaint against the EU 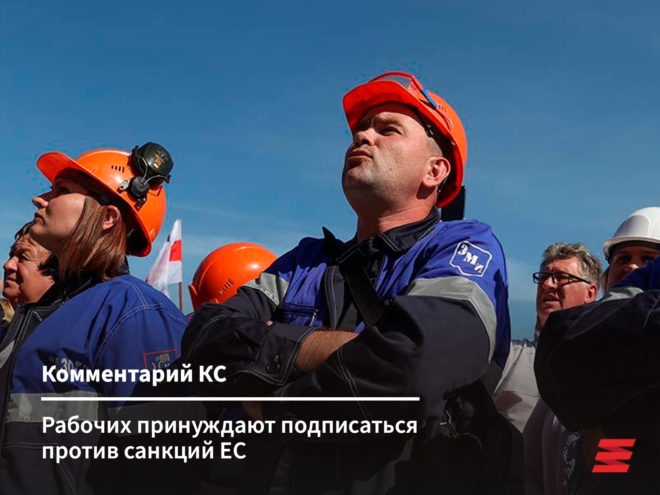 The Belarusian Federation of Trade Unions, a state-run organization, is forcing workers to sign a complaint to the International Labour Organization and to object to the imposition of economic sanctions by the EU against Belarus. The goal is to collect 1 million signatures.

– It’s like signing a letter of acceptance of impunity for those responsible for the terror, – comments by the President of the Belarusian Congress of Democratic Trade Unions and CC member Alexander Yaroshuk. – A campaign to force workers to sign letters to the ILO complaining about the EU is a sure way to mobilize workers for the spring for mass protests and strikes.

In Yaroshuk’s view, the letter of the Federation of Trade Unions of Belarus would have no legal force, as the ILO is not the governing body for the EU and does not influence its decisions. Besides, the ILO has been engaged for 20 years in the violation of the rights of Belarusian workers and knows how good trade unions «protect» the interests of workers.