Andrei Kureichik on the removal of Belarus from participation in Eurovision 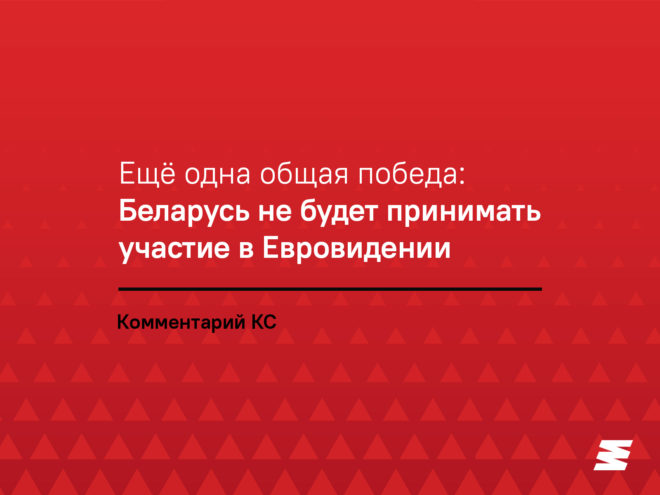 A director and member of the Constitutional Court Andrei Kureichik commented on the situation with the removal of Belarus from participation in the competition: “The decision of the European Broadcasting Union should be understood in two dimensions. Firstly, it reflects the attitude directly to Belteradiocompany, as to the media that has the status and reputation of a propaganda organization in Europe.

Colleagues from other countries know that, even though BT “feeds” at the expense of the Belarusian people, it does not act in their interests, but serves Lukashenka personally to preserve his power and justify his actions, including criminal ones.

Secondly, this decision once again reminds everyone that Eurovision is primarily a talent competition. This is a celebration of a popular, talented song. Unfortunately, in Belarus, the talent criterion seems to have not been taken into account at all in the current selection. This is because the absolute majority of truly gifted performers and authors, naturally, turned out to be adherents of freedom, European values, and took the side of the Belarusian people.

The songs of the “Galasy ZMesta” group are monstrously mediocre. The only merit of this group, which allowed it to win the national selection, is its loyalty to the authorities and propaganda fervor. Obviously, these arguments received a natural assessment in Europe – for the first time since its participation in the competition, Belarus was shamefully disqualified.

This shows only one thing: an attempt to control the culture in a manual mode and based on purely ideological criteria led it to a deep crisis. However, this can be said about any other sphere in Belarus, and about the whole country as a whole”.

This is yet another victory of Belarusians in the piggy bank for the canceled World Ice Hockey Championship and the refusal of international companies to sponsor a sports event if it was held in Belarus.

The current government does not accept an alternative opinion, it is afraid of it and is trying with all its might to hide the voice of the people. But it is impossible to hide and suppress the truth from educated people.

We are grateful to all Belarusians for the fact that we managed to defend our position this time, and colleagues from other countries for their support in striving for justice and a dignified representation of the country. Over the previous months, Belarus learned about many artists who are faithful to their principles, choose the truth and lose their jobs for this, boldly express their opinions and, together with the majority of Belarusians, do everything possible so that we live in a democratic society. People’s artists can be supported through the Belarusian Foundation for Cultural Solidarity.