Church and politics. Results of the Popular Consultation 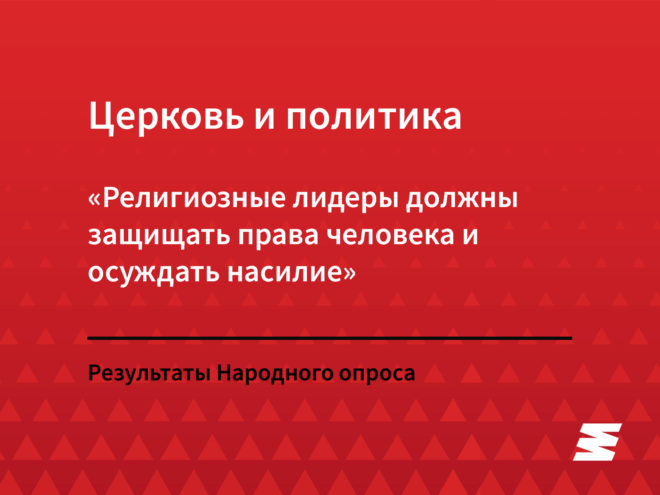 Believers of different faiths believe that leaders should «actively participate in public life, advocating for human rights and condemning violence».

The group «Christian Vision» of the Coordination Council together with the platform «National Poll» conducted research of representatives of different religious denominations in Belarus in order to learn the attitude of believers to the position and actions of church leaders.

Orthodox Christians criticize the actions of their religious leaders in the current political situation. 87% of respondents had less confidence in church leaders. The main action expected by the Orthodox believers is: «openly condemn violence and lawlessness, give a true assessment of what is happening: in the media and on sermons».

Among Catholic believers, the trust of their religious leaders has improved considerably: 48% have gained more trust and 33% have not changed their attitude.

Protestant believers (baptists and four other denominations) began to take the initiative more frequently: to speak out to religious leaders and to speak on behalf of their community.

The group «Christian Vision» of the Coordination Council comments on the situation in the religious community:  «Attempts to «twist the nuts» lead to the opposite result – active church professionals expelled for their position become part of the independent church community. Such a community has high potential to promote democracy and the principles of the rule of law».

The complete report on the results of the National Poll on the topic «Church and Politics» – on the site narodny-opros.net.