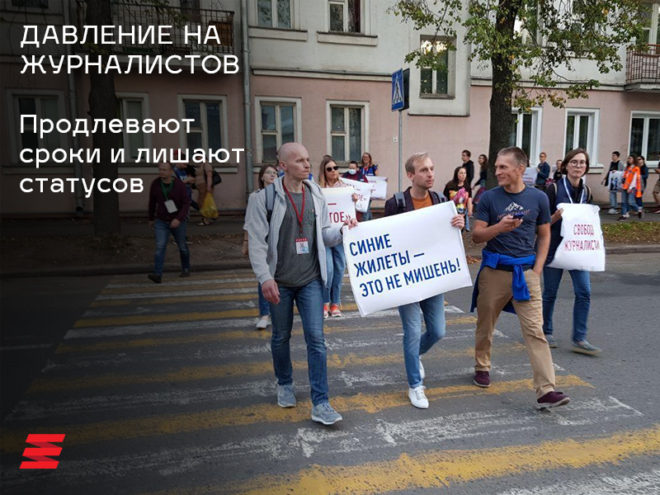 Today, the Economic Court of Minsk rejected the complaint «TUT BY Media» against the decision to deprive TUT.by the status of the media. TUT.by will continue the work as an Internet resource but without media status.

Journalist Andrei Alexandrov and his girlfriend Irina Zlobin were recognized as political prisoners. They are accused of financing persons involved in «riots», including by paying fines and receipts for maintenance in temporary holding facilities.

The correspondent of the TV channel Belsat Ekaterina Andreeva, detained after the stream from «Change Square», extended the term of detention until February 20. Catherine and her colleague Daria Chultsova are now charging damages to «Minsktrans» by 11,5 thousand rubles for the fact that their actions led to «disruption of the work of public transport».

As of today, nine journalists from different media are in detention. Among them are Ksenia Lutzkina, a member of the CC and an ex-journalist of the BT.

The Coordination Council thanked the courageous journalists for their dedication and struggle for freedom of speech in Belarus.