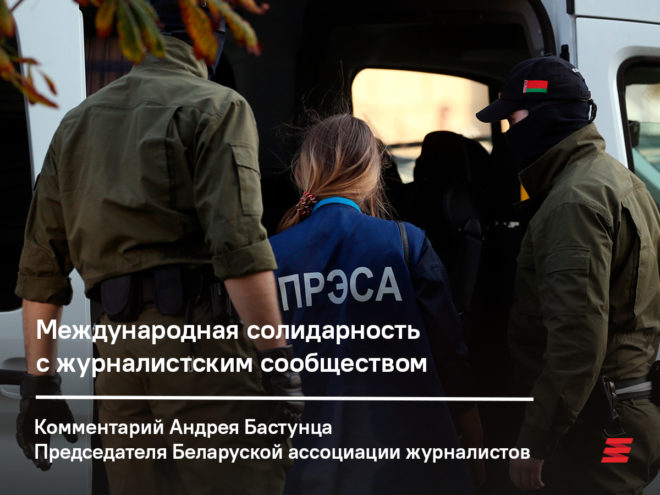 I have not yet left the BAJ office where the search was carried out, and the European and International Federation of Journalists have given their support, – BAJ President and the CC member Andrey Bastunets described the reactions of his colleagues to the numerous searches.

On 16 February, a new wave of pressure began on journalists, human rights defenders, and activists. On that day security forces carried out about 90 searches in different cities of Belarus «with the purpose of establishing the circumstances of financing of protest activities».

– The scare action had a reverse media effect – international organizations understand what is happening, – commented the CС member.

Yesterday, Andrei Bastunets was interrogated by the Investigation Committee almost all day as a witness in a criminal case. He’s got a gag order.

According to Bastunets, despite the office being blocked, BAJ work continues remotely. Preparations are underway for the organization’s congress to be held in April.

– Regional meetings of BAJ members are held to nominate delegates. We go to these meetings – it’s very important to meet colleagues and friends at such a tense time – commented Andrei Bastunets.