Hearing of the appeal of the defense of Maxim Znak 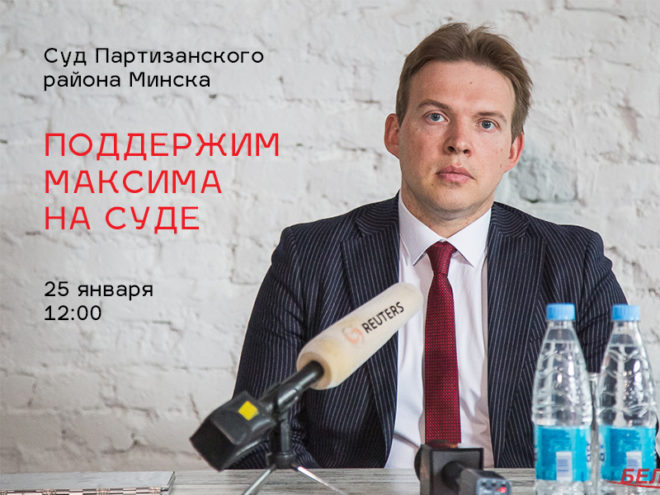 On 25th January, at 12:00, the court will hold a hearing on the appeal of the defense counsel of Maxim Zhak, against the extension of his detention.

Since 9th September, he has been in remand center. Since then, no facts have been provided which, from the point of view of the law, would justify his detention. No such facts have been reported and now the preventive measure has been extended.

– The application of such a measure is contrary to the requirements of the Criminal Procedure Code of Belarus and is contrary to international legal instruments prohibiting arbitrary detention, – emphasizes the lawyer of Maxim Znak Dmitry Laevsky.

Maxim needs the support of the professional community and all concerned people.

You can support Maxim at the trial on January 25th at 12.00 at the address: Partizansky District Court of Minsk, office. 4170.

You can also write a letter to Maxim in the pre-trial detention center or make a publication about Maxim Znak in the networks as a sign of disagreement with his illegal detention.