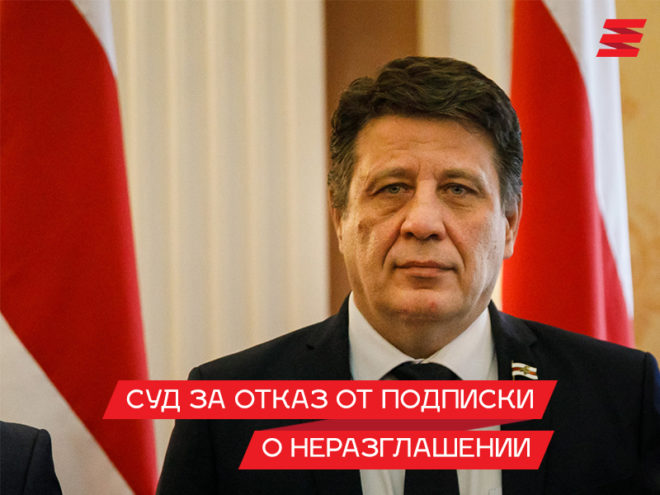 Nikolai Kozlov, the leader of the «United Civilian Party» and a member of the Coordination Council, was summoned to the investigative committee for questioning for the third time. The politician is convinced that the case is politically motivated and the aim of the pressure on people is to persecute political opponents.

They tried to get a non-disclosure agreement from Nikolai, but the politician refused to sign this document.

– They want to cover up the lawlessness they’re doing, – a member of the Coordination Council is sure. – There is a point of principle here – I don’t want to go along with this outrage. I’m going to do everything I can within the law to expose the situation. I came to the Investigation Committee, but under the law, I am not obliged to give a subscription.

The refusal to sign the non-disclosure order was considered an administrative offense, so Nikolai Kozlov was charged under article 23.4 (Disobedience of a lawful order or demand by an official in the exercise of his official functions) and sent to the District Directorate of Internal Affairs of the Partisan District. After the interrogation, Nikolai drew up a report.

I will come, and I wonder what the judge will decide since I have exercised my legal right to waive my signature and will stick to my position, – says the politician. – In complete disregard of the law, they have prosecuted and arrested our colleagues. There is no evidence that they can count on to make an accusation based on the quotes of the interviewees. I have no doubt about that. First, they imprison people, and now they’re trying to make a charge.