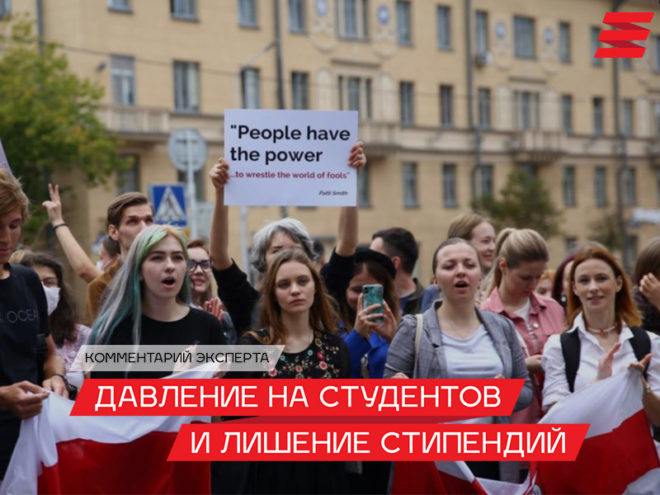 The General’s Office does not consider it unlawful to deprive students of a scholarship for 10 hours of truancy per month. «There is no reason to take measures of procuratorial response, as the ministries «made the specified changes within the limits of the powers granted to them».

The expert of the Public Bologna Committee, Vladimir Dunaev, is not surprised by this answer:

– It was difficult to expect another response from the Public Prosecutor’s Office, – said the professor.

– Belarusian educational legislation is developing towards increasingly tightened forms of control. These measures cannot have a positive impact on the quality of education, as modern quality management tools have nothing in common with such steps. This tightening of disciplinary measures increases restrictions on academic freedom and administrative pressure on students.

The expert is of the opinion that the 10-hour-a-month rule for the withdrawal of students’ scholarships was a response to student protests. Moreover, according to Vladimir Dunaev, the draft Education Code, which is now before the National Assembly, contains a proposal to expel students for more than 36 hours of permits.

– Such a proposal, like any strengthening of administrative sanctions, does not correspond to the obligations that Belarus must fulfill as a participant in the Bologna Process, – concluded Professor Dunaev.