«With one voice» finished early. The outcome of the ABPA 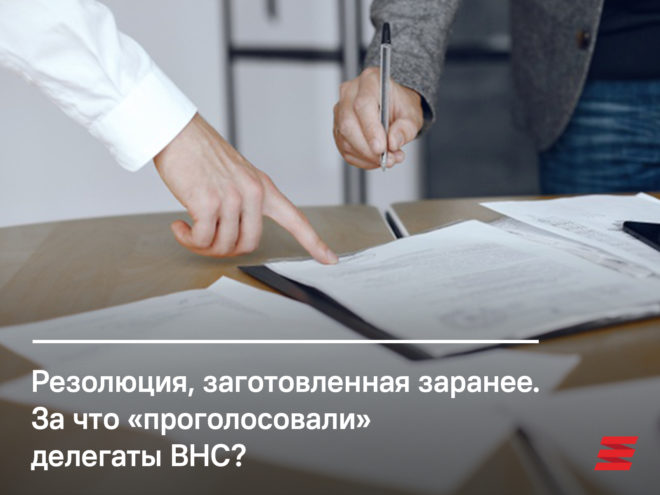 Although not all the scheduled speakers had made their statements from the rostrum, the Hall voted to close further statements at the ABPA. Thus the «people’s» forum ended.

In the pre-prepared resolution, which appeared on the network yesterday, the delegates «voted» for the «key priorities of the next five-year plan». During the speech, A. Lukashenko traditionally used to make disrespectful remarks about Belarusian society and openly spoke about repression against people and businesses who do not agree with the position of the present authority.

Once again, a forward-looking plan for socio-economic development was promised from the rostrum. These claims cannot be taken seriously because the goals and plans of the previous five-year programs have failed. Yesterday, we talked about how the previous five ABPA ended and what happened.

In addition to the traditional promises, this time delegates were invited to subscribe to a proposal with which the Belarusian people categorically disagreed:

– Before the end of the year, create a draft Constitution where the President’s responsibilities will be redistributed. The Coordination Council is convinced that the adoption of the new Constitution is the final stage in overcoming the political crisis, which must be preceded by an end to repression and the start of negotiations on new elections.

In his closing speech, Lukashenko stated that there were no political prisoners in Belarus and that the parliament would soon adopt laws to increase liability for participation in unauthorized actions.

The authorities do not have the courage to recognize the reality of the situation and to respond to public demands. However, we are confident that this cannot continue for long. A full-fledged dialogue on how to resolve the political crisis was needed to restore social harmony.