25,000 signatures in support of the white-red-white flag in less than a day! 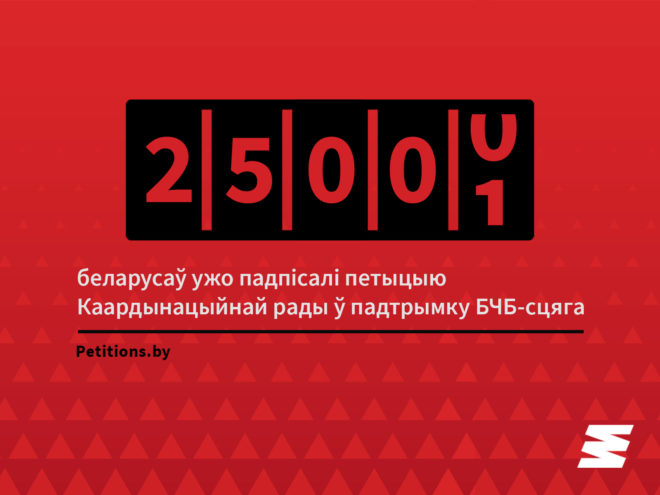 The pressure on Belarusian culture has increased at a new level – yesterday the General Prosecutor’s Office announced that it is preparing documents to declare the white-red-white flag extremist.

The news not only angered historians and cultural figures – ordinary Belarusians began to look for ways to stop this decision. The CC created a petition on Petitions.by against the recognition of white-red-white symbolism as extremist. Over 25,000 people signed it in the first 15 hours.

The current authorities are trying to actively combat the voice of the people and exert pressure on shops that sell products with white-red-white symbolism. Today in the premises of the Symbal.by store came the Department for fighting against Economic crimes. On Monday, employees of the Ministry of Emergency Situations came to the «Moi rodny kut» store and «discovered» violations of fire safety. The owners of the gift pavilion were questioned. Later information appeared on the store’s website that it was closed “until better times.” This week the premises of the «Admetnasc» shop in Grodno was searched by the Special Police Force. A temporary stoppage of work in connection with the 10-day inspection was reported by the shop of BCHB.bel.

The initiative of the CC «Zadelo» collects the stories of repression of small businesses from different regions of Belarus. If your business is damaged, tell «Zadelo» to record all cases of lawlessness and in the future to bring perpetrators to justice.