A criminal case for human rights 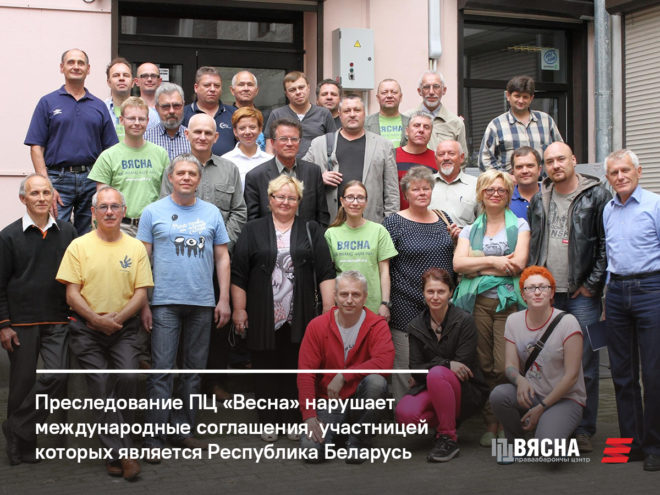 A criminal case was opened against the human rights center Viasna. People and an organization that helps victims of political repression are accused of organizing and actively participating in group actions that grossly violate public order, Art. 342 of the Criminal Code.

The head of the organization, human rights defender, and member of the Constitutional Court, Ales Bialiatski, was sentenced in 2011 to 4.5 years in prison. Currently, four Viasna volunteers are in prison.

The criminal prosecution against Vesna grossly violates several international agreements signed by the Republic of Belarus.

In their statement, Viasna representatives demand from the authorities: