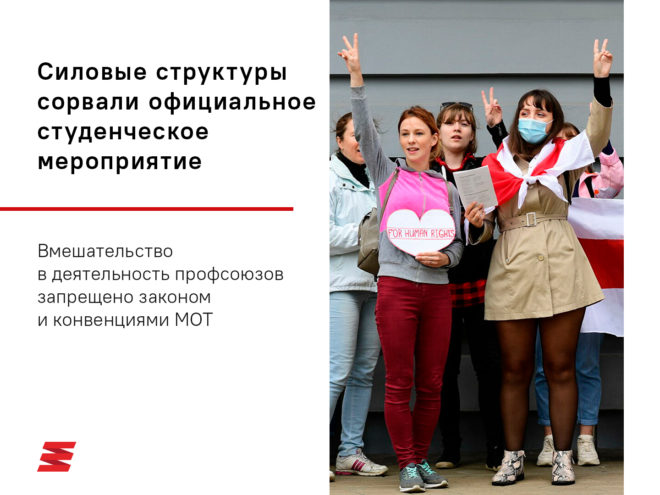 Yesterday, representatives of the security forces illegally interrupted an official meeting of the Free Trade Union of Belarus and detained more than 30 people.

Among those detained were two members of the Coordination Council, Vitaly Rymashevsky and Andrei Egorov.

Students from different universities of Belarus have gathered at the founding session of the new student trade union organization LiSA (league of student associations).

– The work of the independent trade union and the participation of new students makes the authorities nervous, – comments Vitaly Rymashevsky. – What happened yesterday is not just an outrage, but also a great stupidity, because the union operates exclusively in a legal field.

By the morning, almost all the detainees, including representatives of the CС, had been released without taking minutes after conducting «preventive talks».

The whereabouts of the four students are unknown.

Interference by the authorities in the activities of trade unions is prohibited by law and International Labor Organization conventions. The current authorities had once again ignored their obligations under national and international law.