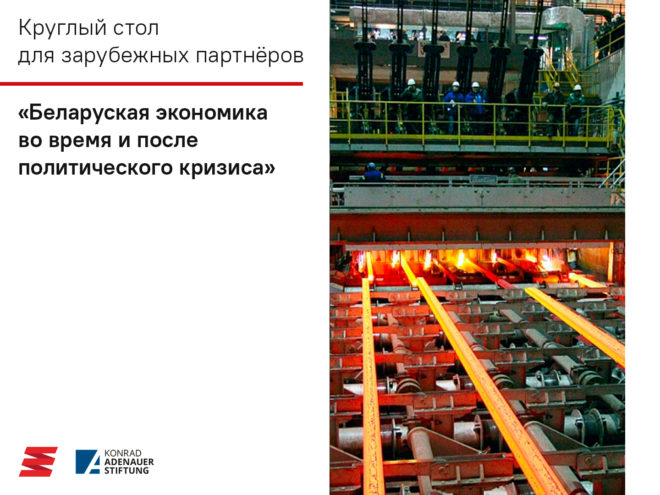 Vasilis Maragos, Head of the Neighborhood Negotiations and Enlargement Negotiations Department of the European Commission made a report “Support to the people of Belarus and the EU Comprehensive Plan to Support Democratic Belarus”.

The following was also discussed at the round table:

– The current state of the political and civil spheres in Belarus;

– A brief overview of the state of the Belarusian economy as of June 1, 2021;

– Problems and needs of the private sector of the Belarusian economy;

– Plan of economic recovery in Belarus.

A group of experts in the field of economics of the CC focuses on the economic situation in Belarus, maintains contacts with business and stakeholders, as well as with international organizations, publishes reliable information about the Belarusian economy in national and international media.