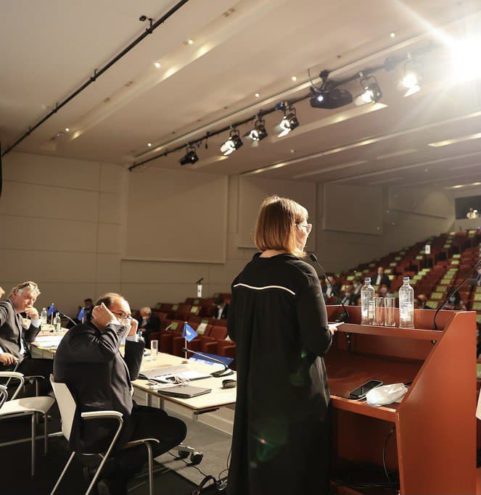 The EPP has the greatest influence in the European Parliament. The event took place on June 28-30. Olga Kovalkova made a report on the situation in Belarus. Together with politzek.me, an action in support of political prisoners were held at the assembly.

As a result of the assembly, the resolution “Freedom of Belarus” was adopted. The main requirements of the resolution: release political prisoners and stop torture, start a dialogue, stop pressure on civil society.

Olga and Tatiana held a number of diplomatic meetings

–  part of the European Commission, which is developing assistance programs for EU members and neighbors.

– With a representative of the Belgian Foreign Ministry.

– With a number of MEPs.

At the meetings, representatives of the Coordination Council discussed support for democratic forces, the launch of educational programs for students and specialists, support for the New Life Church, support for Belarus in the European media, and assistance to political prisoners.