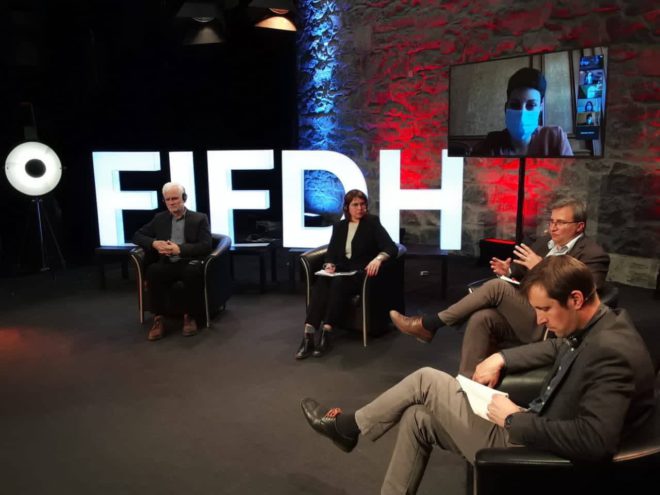 Belarus proposed the establishment of an inter-party parliamentary group on Belarus and the holding of regular hearings on the situation in the country with the participation of representatives of the Coordinating Council, human rights organizations, and other democratic actors. The Swiss deputies supported the proposal.

In a meeting with members of the Swiss Parliament, they spoke of the need for a timely response by the international community, in the form of resolutions and not only in response to repression in Belarus but also in support of independent private business, trade unions, and civil society.

Belarus proposed the establishment and implementation of a universal jurisdiction mechanism for Switzerland for human rights violations and crimes against civilians in Belarus.

The deputies of Switzerland, for their part, requested the Belarusian side to promptly inform the Swiss Embassy in Minsk of the development of the situation and the facts of repression in order to influence the formulation of policy towards Belarus.

At the beginning of the working visit to Switzerland, on March 7, Svetlana Tikhanovskaya, Olga Kovalkova, Ales Belyatsky, and writer Sasha Filipenko took part in the panel discussion, where together with foreign colleagues discussed the situation in Belarus and the assistance of the international community in overcoming the political crisis.

CC representatives also met with the Belarusian diaspora in Switzerland and international organizations – Amnesty International, the World Organization against Torture, the World Council of Churches. Human rights defenders from other countries noted the need to ensure the possibility of human rights activities in Belarus.