“Everybody Knows the Truth”. Another March of the Disabled Took Place in Minsk 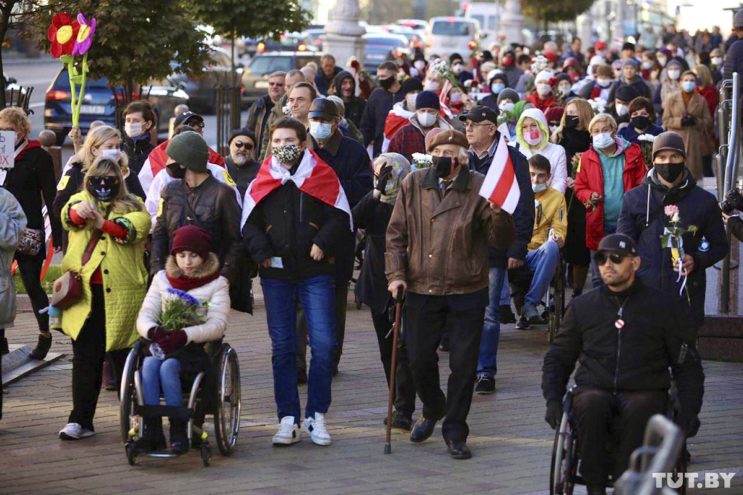 The second march of the people with special needs took place in the capital city without detentions. This time, several dozens of people gathered including those in wheelchairs. People passing by applauded the protesters.

One of them is Georgy, a citizen of Minsk who was injured by a flash grenade on August 10 near Pushkinskaya metro station. His injury resulted in partial amputation of the limb. Despite applications to the Investigative Committee, a criminal case was not opened (just as many other cases of injuries of the peaceful citizens).

The march was accompanied by security services in minibuses. Yet such close attention did not scare brave people asserting their right to peaceful protest against violence and lawlessness in the country.