Lyudmila Kazak was nominated for an international award 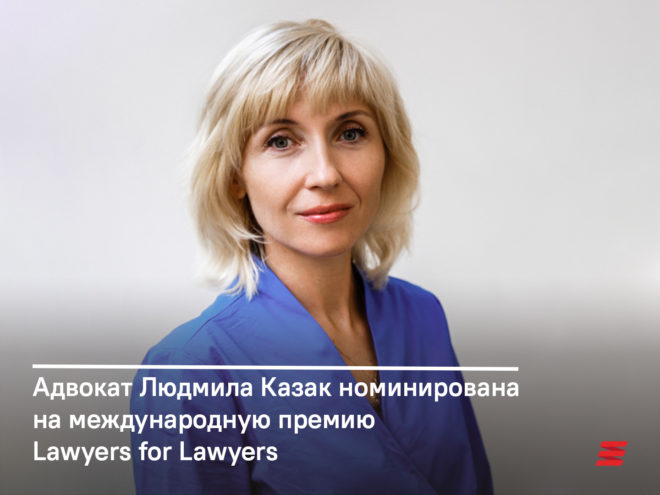 The Lawyers for Lawyers (LFL) award recognizes lawyers who have made a significant contribution to protecting the rule of law and human rights in a challenging environment. The initiator of the nomination of Lyudmila was a German human rights activist, former Minister of the Interior of the Federal Republic of Germany Gerhart Baum.

In February, Lyudmila Kazak was deprived of her lawyer’s license. This is the fourth lawyer of Maria Kalesnikava who has been subject to reprisals.

This week, the independent association of lawyers LFL again appealed to the Belarusian authorities to stop repressions against lawyers. Pressure on Lyudmila Kazak was the reason to make a separate statement in support of the lawyer.

Also today, the Institute for Human Rights of the International Bar Association (IBAHRI) made a statement regarding the persecution of lawyer Lyudmila Kazak and called on the Belarusian authorities to restore her legal status.