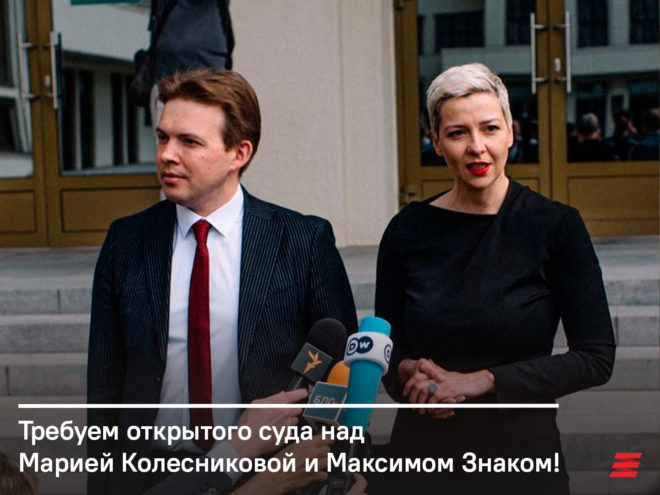 Today, the headquarters of Viktor Babariko launched an open appeal to call on the Investigative Committee, the General Prosecutor’s Office, the Supreme Court, and the Administration of the President of Belarus to make the trial of members of the Presidium of the CC Maria Kalesnikava and Maxim Znak open.

– An open trial is an opportunity to show publicly that Maxim and Maria’s actions do not constitute a crime. We are confident that if the trial is fair, they will be clearly acquitted, as stated in the address to the authorities. We demand an open trial of Maria Kalesnikava and Maxim Znak – the truth is not to be hidden.

What can you do?

Let’s ask the authorities together: “Why do a closed trial?”