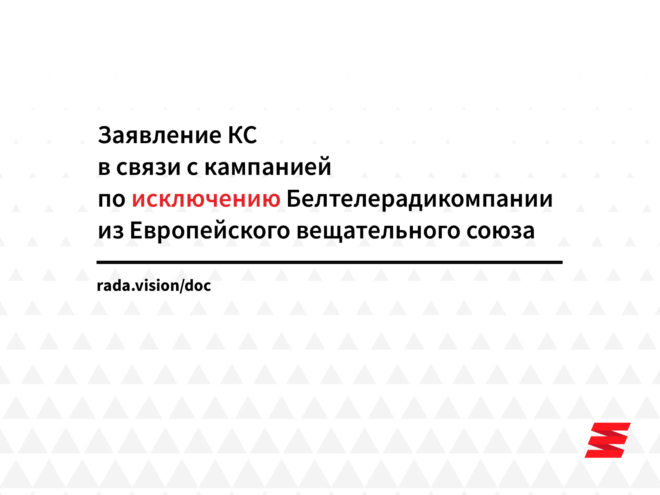 On January 21th, 2021, the Belarusian Cultural Solidarity Fund launched a campaign to expel the Belteleradiocompany (BT) from the European Broadcasting Union.

The Coordination Council supports the Fund’s initiative and believes that the BT, led by its current leadership and information policy, cannot represent Belarus at the international level.

According to MediaIQ’s monitoring, BT is the leader of the Belarusian media by the amount of propaganda material containing signs of manipulation, incitement to discrimination, hostility, or violence.

In violation of international norms, the BT has also dismissed employees because of their public statements of citizenship.

In support of the Cultural Solidarity Fund initiative, the Coordination Council will also send a letter to the European Broadcasting Union and propose a review of the terms of cooperation with the Belteleradiocompany.