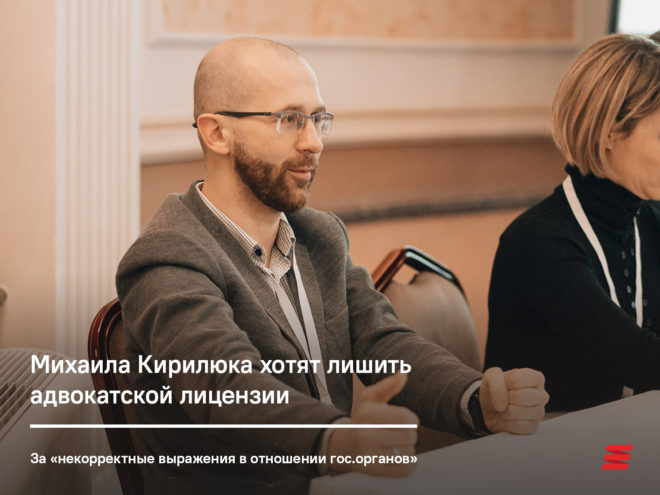 The representative of the Coordination Council, Mikhail Kirilyuk, was notified of the withdrawal of his lawyer’s license. The grounds for termination of the license were called «incorrect expressions in relation to representatives of state bodies».

Mikhail and his lawyer made a request to the Ministry of Justice in which they asked for clarification as to which quote Kirilyuk had become incorrect towards the representatives of state bodies.

Lyudmila Kazak, already Maria Kalesnikava’s fourth lawyer, is also threatened with disbarment. The authorities are expending resources and time to fight lawyers who put forward an alternative position. By depriving lawyers of their right to do their work, Belarusians can’t be forced to love you.