Why do the members of the enlarged CС go to the SHOD? 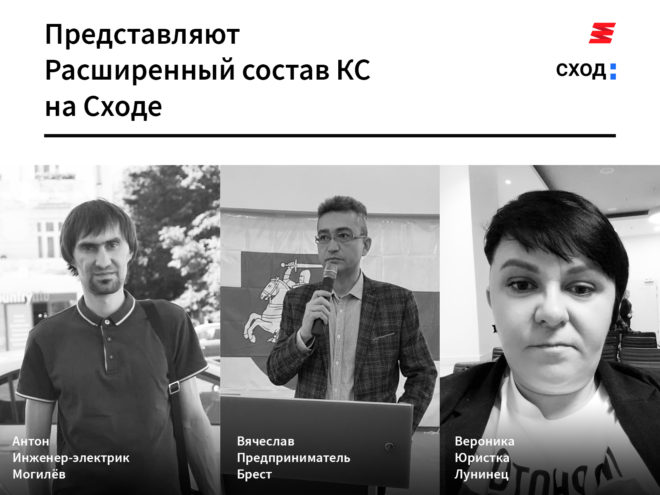 More than 300 people have applied to participate in the SHOD. Of these, 58 are from the enlarged CC.

Why are they going to the SHOD?

I am offended by the lies and the rudeness of the authorities, the division between insiders and outsiders, the excesses of the security forces and the courts! The SHOD is an opportunity to voice the opinions and opinions of other people about the Constitution, local self-government and the revival of historical realities and language, ­– shared by an entrepreneur from Brest Vyacheslav Epishko.

– The Authority has forgotten to listen to the people. I decided that being in the SHOD was my chance to convey the message of the people of my city, – said the lawyer Veronica Ivanova.

Anton Golushko, an electrical engineer from Mogilev, participates in the SHOD, because he is interested in domestic and foreign politics and wants to discuss with like-minded and professional people the issues of restoring justice in society.

You can apply to participate in the SHOD until February 4th at shodbelarus.org