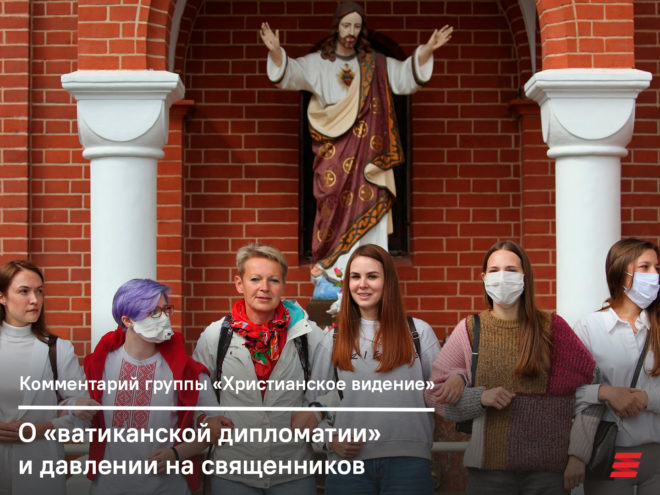 Last week, the official Vatican made a comment in support of the Belarusians:

“The Holy See continues to closely monitor the development of the situation in Belarus,” the statement says. – The Holy See follows the steps taken by various figures who are involved in the events taking place in the country. The Vatican remains true to its commitment to promoting democratic and peaceful solutions in response to the legitimate demands of the Belarusian people.

This statement should be viewed not only as support for the democratic movement but also as an appeal to another political entity, the Christian Vision CC group believes:

– For the current government, this is a blow to “sore spots.” When the Vatican diplomat Ante Jozic came to Belarus, the authorities declared cooperation between the Vatican and official Minsk. However, after the official meeting, Ante Jozic visited the political prisoner, a Catholic believer Olga Zolotar, and made it clear that he was aware of the real situation in Belarus. This is what is called “Vatican diplomacy,” says Christian Vision.

On Friday, the Christian Vision group made a statement in support of Archbishop Artemy, who was removed from the administration of the Grodno diocese.

The Christian Vision Group monitors the persecution on religious grounds during the political crisis in Belarus. You can follow the group’s activities on the “Khrystsiyanskaya Viziya” channel. 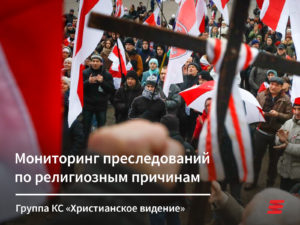 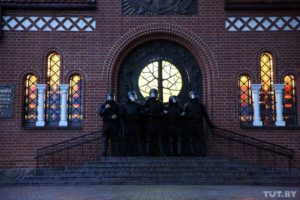