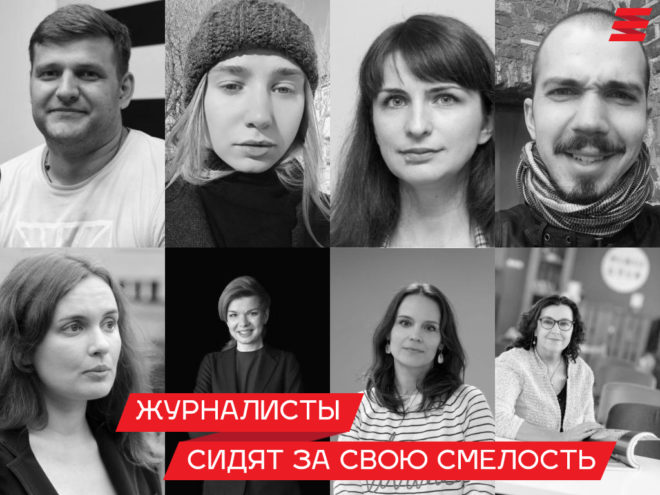 Today, five people were detained on the “Press Club Case”, including a member of the CC Ksenia Lutskina. They were recognized as political prisoners.

In 2020, according to the Belarusian Association of Journalists (BAJ), there were 477 detentions of journalists in Belarus. Nine of them are now in prison.

The President of BAJ and the CC member Andrei Bastunets explained that the association spoke about the pressure on journalists outside Belarus: they had sent appeals to human rights organizations in other countries calling on the Belarusian authorities and their Governments, addressed to the UN Special Rapporteur on Belarus.

We made a request to the Investigative Committee, the Prosecutor’s Office, and the Ministry of Internal Affairs, tried to change the preventive measure of detained journalists on the instructions of famous persons, commented Andrei Bastunets.

The Coordination Council thanks journalists for their courage and asks for their support, as well as other political prisoners, through letters and the dissemination of information.