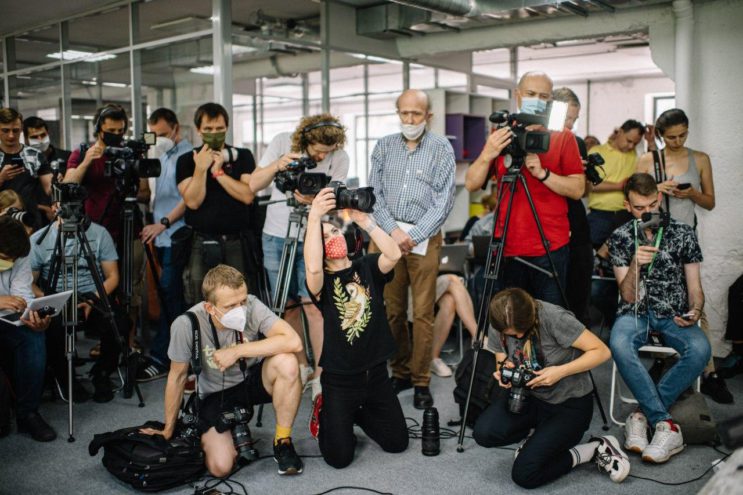 Order of the Ministry of Information on suspension of the mass media status of the largest independent information portal TUT.by is another outrageous example of lawlessness in Belarus.

The Ministry of Information continues to exceed its authority and limit the activities of the leading independent mass media thus violating the provisions of the Constitution of the Republic of Belarus, which stipulate the right of the citizens to receive, keep and distribute full, reliable and timely information.

In line with Art. 4 of the Constitution democracy in Belarus shall be exercised based on diversity of political institutions, ideologies and opinions.

It is impossible to exercise the freedom of speech and opinion under the constant pressure and censorship by the governmental institutions.

According to the Constitution monopolisation of the mass media by the state, public associations or single individuals is prohibited, as well as censorship. At the same time, the Ministry of Information does not react to the propaganda and explicit substitution of facts and notions. This practice has become the norm for the state-owned media, which, unlike the independent media, is financed by the taxpayers.

Pressure on the independent media continues. Unfortunately, in our country, the indicator of the quality of work is the degree of repressions against those who do their jobs professionally. And being a journalist has even become life-threatening in Belarus.

We thank the tut.by journalists and all the independent media for all their work, during which they put themselves in danger and at risk.

We want to hear and see the truth!

News
Statements of the CC#voiceofCouncil