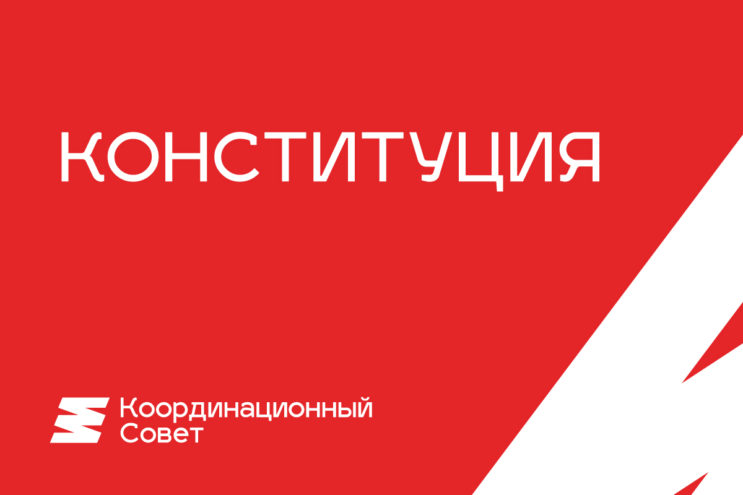 By creating an illusion of a constitutional reform, the current administration is trying to divert the attention from overcoming the political crisis and buy some time, distracting the Belarusians’ mind from the election rigging and the subsequent unprecedented violence.

The Coordination Council believes that the announced initiatives on amending the Constitution of the Republic of Belarus are premature and do not contribute to overcoming the political crisis the country is facing; a constitutional reform in the Republic of Belarus will only be possible after the rule of law is rebuilt and the people’s trust in the public authorities is restored; a referendum controlled by the President whose legitimacy is not recognized by the majority of countries in the world and a referendum vote count conducted by the electoral commissions which have discredited themselves make any results of such a referendum illegitimate.

The only way out of the crisis is to start negotiations on fulfilling the demands of the Belarusian people:

Fulfillment of these requirements is possible in accordance with the current Constitution of the Republic of Belarus.

The Coordination Council thinks that any amendments to the Constitution of the Republic of Belarus must ensure compliance with the basic principles:

The Coordination Council calls on all the Belarusians to express their opinion on amending the Constitution of the Republic of Belarus and its timeliness!

“Thank You for Solidarity”. Pavel Latushka Comments on the Departure of Ambassadors