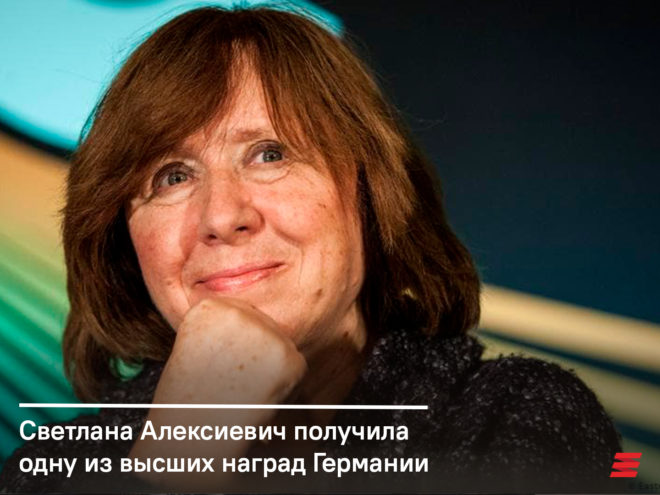 The solemn ceremony was held today in Berlin at the official residence of the head of state – Bellevue Palace.

In his congratulatory speech, Steinmeier touched upon the topic of peaceful protests in Belarus:

– This peaceful, bold, and still brutally suppressed aspiration for the future has a woman’s face, said the head of the state.

In her response, Svetlana Aleksievich said that today it is necessary to work with those Belarusians who still support the current government:

– I need to explain my story. It is necessary to explain that we have become a nation, said the writer.