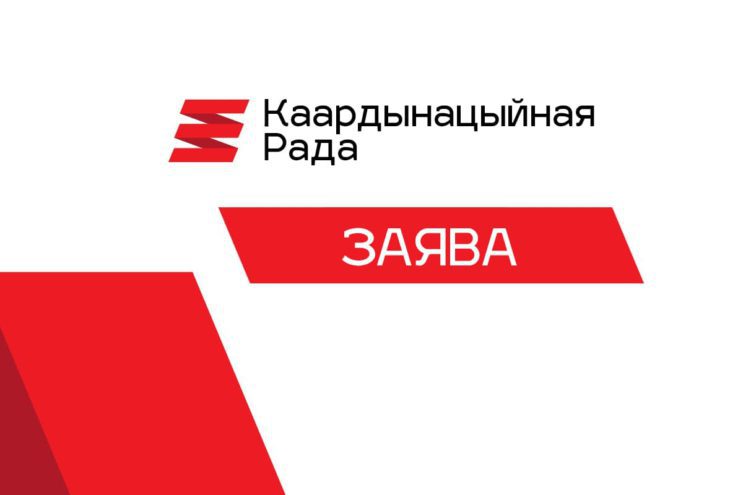 This morning Aleksandr Lukashenko appointed himself the President of the Republic of Belarus. It happened under complete secrecy.

Guarded by riot police. In a close circle of all of his voters. He swore an oath on the Constitution. The one he wrote himself.

And which he himself could not care less about. He showed his inadequacy again.

The Belarusians did not vote for him in the election. Though this farce can hardly be called an election.

Aleksandr Lukashenko has yet another time shown that the opinion of the people means nothing to him.

But there is good news, though. As of today, Aleksandr Lukashenko is an ordinary citizen of the Republic of Belarus. He himself stripped himself of the last piece of legitimacy he had. There is a strong request for dialogue in the society. But we are talked to through the riot police batons and from a helicopter with a machine gun held in hand.

We support the infinite peaceful civil disobedience, ignoring any and all instructions from the illegal authorities, peaceful actions in the streets of cities and towns.

We deserve a better future. Together we will build Belarus we will be proud of. We support all the citizens of Belarus who disagree with Lukashenko’s inauguration and who will go to peaceful protests, start strikes. We support the government employees who do not recognize the result of the election. We support the decision of the Belarusian people to use all the legal means available to protest across the country.

We demand that all the investigators who have received statements on crimes committed against the peaceful citizens open criminal cases against the suspects thereof and start investigations. Should you encounter resistance of your superior officers at the Investigative Committee or at the Prosecutor’s office, submit resignation letters.

We support all the athletes stating they refuse to participate in sports events.

We support all the cultural figures who have decided not to take part in public events.

We call on all the honest journalists in the state-owned media to state their disagreement with the illegal inauguration live on TV or by other means.

We call on all the Belarusians to say a categorical NO to the lawlessness and lies.

We are ready to start immediate negotiations with the Prime-Minister of Belarus and with the Chairmen of commissions at the Chamber of Representatives about setting the date of a new election and about temporary governance during the transition period.

We call on the European Union, Great Britain, the USA, Canada, China, Russia to take a clear position on recognising Lukashenko illegitimate and to consider recalling your ambassadors for consultations.

We suggest creating an international group of mediators consisting of the high representatives from Austria, Germany, Great Britain, Lithuania, France, Poland, Russia, the USA and supported by the OSCE.

We ask to adopt the decision at the upcoming meeting of the EU Council on the imposition of sanctions against Lukashenko and the persons responsible for the election rigging, violence and financing of the regime.

The moment has come for each and everyone to answer the main question.

Who do you love?